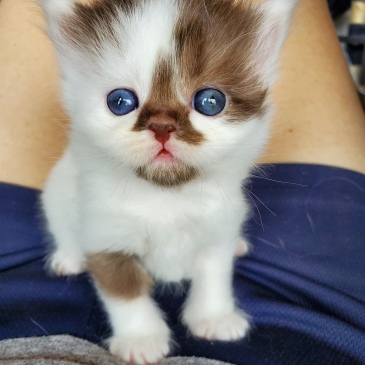 Napoleons, also known as Minuets, are short-legged cats that were bred for their small stature and baby-doll face to distinguish them from the Munchkin cat.